I want to keep this post as succinct as possible. People have various ways to write speaker lists, i.e., BALD/BALD (for a bald lawyer – kind of tacky), RED/RED (if he’s wearing a red tie – might change tie the next day), Mark’s method (IFPLT – to coincide with where they’re sitting – might change seats), and finally my method with the sticky notes.

I get into the room. I collect business cards. I note their last names.

Let’s give an exmaple. I have Mr. Johnson and Mr. Matthews.
My brief for Johnson is already JONS, and I have no brief for Matthews.
So I invent one. MATD will be Matthews. MA*TD will be his Speaker ID, and J*ONS will be the second man’s speaker ID.

Now, Mr. Johnson is to my left, Mr. Matthews is to my right. I write on two separate sticky notes JONS* and MATD*. (I always have * in my Speaker IDs and no asterisk for just the last name.) I put Johnson’s sticky note on the left side of my mouse pad, Mr. Matthews to the right.

Now Mr. Smith walks in. Obviously I can’t use SM*IT because it already has the asterisk. I invent SMID for Smith and SM*ID for his Speaker ID. He is also sitting to my right, but farther away from me than Mr. Matthews. I put his sticky note ABOVE Mr. Matthew’s sticky note to coincide with where he’s seated (can move around sticky notes if they move around).

This method is so great because when someone talks, you just glance in the direction of where you heard the voice near your mouse pad, and there it is. Never will you forget the Speaker ID for anyone again. It is the most efficient method. No two strokes. As a bonus, you even remember their last names now!

When one attorney asks the witness, “Have you worked with Mr. Smith before?”
I can write Mr. Smith as MR/SM*IT or MR/SMID. If it’s Johnson, I can write it MR/JONS or MR/JON/SON. The flexibility is beautiful. 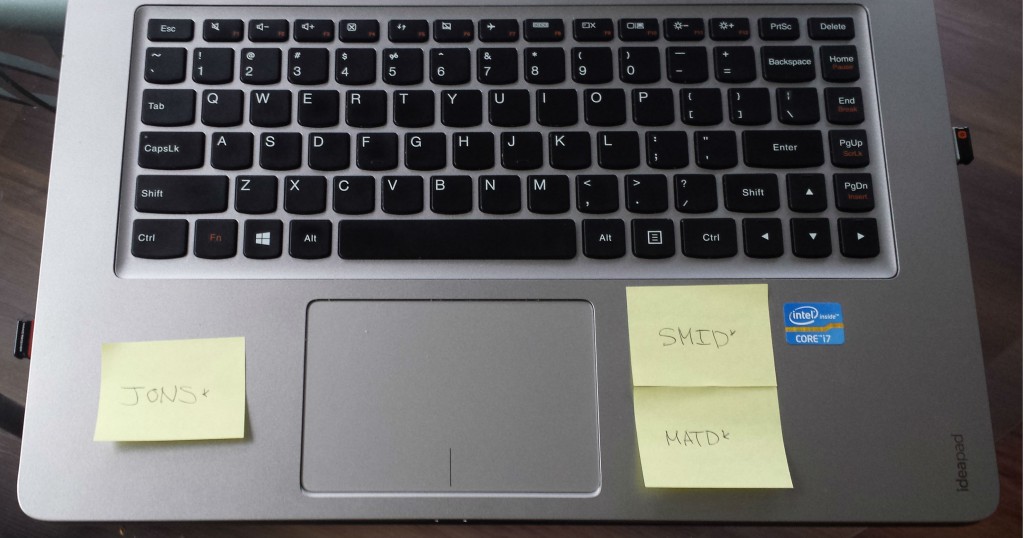 When I put their ID’s into Eclipse (CTRL+D – add to dix), I will format them {S:MR. SMITH}, then I hit CTRL+J (forces it into job dix). It will look like this before I hit CTRL+J: 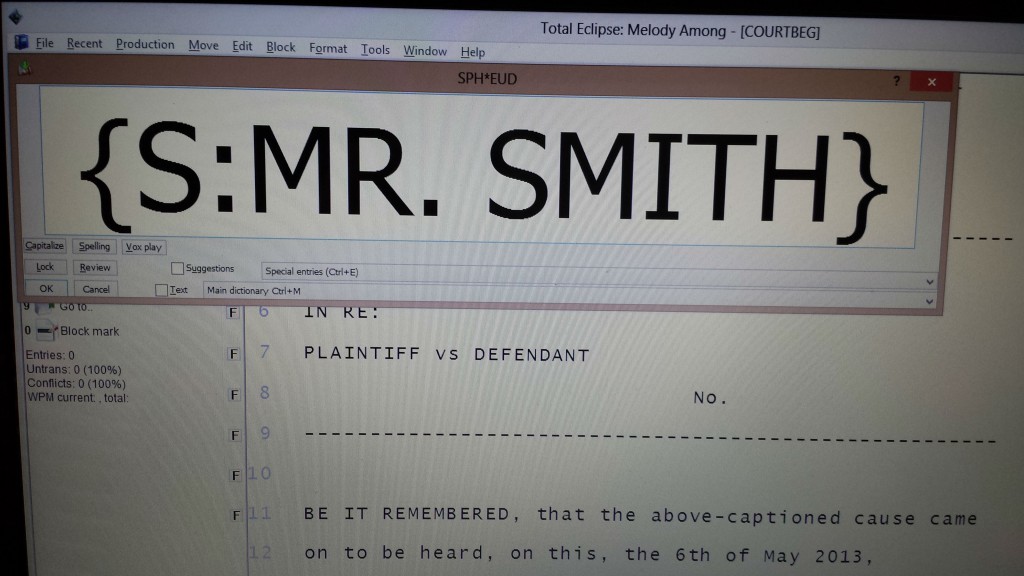