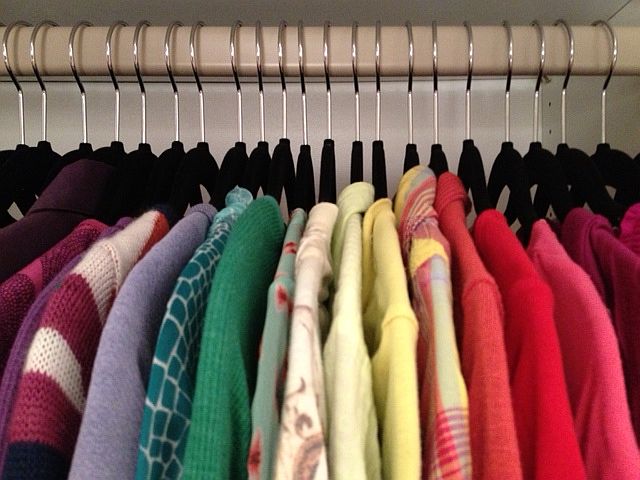 Organization is relatively easy once you get down to only what you need. Most people organize before decluttering and just get rid of whatever doesn’t fit in their new plastic boxes. The correct way is to go through whatever isn’t used, then organize the rest.

Once you’ve got down to only what is necessary and beautiful, then comes the organization. I am an advocate of simplicity before all else. That is why I’m a big minimalist. Unfortunately, you can really make organization a chore and overly complicated by making labels for everything and customizing beyond what is necessary.

For instance, with my spice jars, I was looking for a system for a while before I developed something that worked. I had read on many different ways to organize them. Some people do it alphabetically, which to me, is just time-consuming and not functional. Some organize them on turntables, which isn’t very organized to me, because I could imagine turning it over and over again for something that I should be able to glance and grab. Then some people put them in the uniform jars and scrapbook individual labels for each one, which is time-consuming yet again.

The final system that I came up with is uniform jars, tape on top of jars, four different color markers to label things according to category (green marker – herbs, blue marker – whole things like vanilla bean, bay leaf, etc., brown marker – powder/ground spices, purple – salt). So I don’t have to organize things according to alphabet letters, yet I can find things in less than 5 seconds. Not only that, but I don’t have to spend time making labels for each jar. The whole project took less than an hour.

Therefore, organization and simplicity meet. That is the challenge. Organizing in and of itself is not hard if you are a minimalist. Organization, however, with propaganda, oddball ideas, and advertisement can get expensive and complicated. You don’t want spaces that just look nice, but spaces that are functional and aesthetic. Simple spaces. Simplicity before all else.